The Future Is Now: What You Should Know About Self-Driving Cars 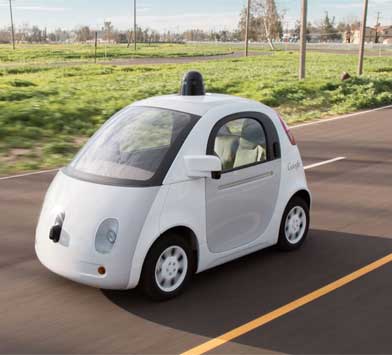 If you’re still among the many people who believe that self-driving cars are the stuff of science-fiction – or that they won’t make an appearance for another decade or so – you may be surprised to learn that these machines are closer to materializing on roads than you thought. In fact, Google has already begun production of the driverless vehicles, in order to start testing them as soon as possible. The goal is to get the cars on the road within five years, so you could be relaxing in one of these autonomous products by the early part of the next decade – and you won’t even need a steering wheel to guide you to any of the places that you choose to go! Volvo is even ready to get the cars started on the roads of Sweden by 2017.

If you can’t wait for the chance to obtain one of these vehicles for yourself, you can thank Google for taking a stand to make them available to consumers. While automakers may be initially facing some resistance from the Department of Transportation, they are certainly not alone in working to get this technology on the road. Tech companies and regulators are working to get self-driving cars on the market sooner rather than later. The director of Google’s self-driving car project has notified the U.S. Transportation Secretary of the current plan to make the cars legal on roads. The basic concept being presented is that regulators can play a major role in ensuring that the vehicles are used safely and responsibly.

Driverless Is Not an Accurate Term

While many people have referred to self-driving cars as “driverless”, that’s not really an accurate term. According to the National Highway Traffic Safety Administration (NHTSA), the software that drives such a vehicle is actually considered to be the driver. The system itself is the driver instead of any human who might be inside of a self-driving car.

The Technology Is Now in Use

You may be delighted to learn that some of the technology used to propel and guide the autonomous cars is already in use today. Cars equipped with steering assistance technology are already slowing down and braking without the guidance of their human drivers. Drivers may not notice that their cars are performing this function, but they benefit from it nonetheless. Some cars are also equipped with features that assist them in avoiding accidents – these vehicles are designed to sense whether their human drivers are drowsy, and they will alert their drivers to this fact when applicable. Other features may assist drivers in avoiding blind spot mishaps, as well as flashing lights to pedestrians and animals as they pass by them at night. All of this means that if you’ve been fantasizing about getting into a futuristic car of your own, you might already be driving one.

In addition to the assistive features being utilized in numerous vehicles, some cars being driven today are semi-autonomous. Tesla Motors already has a vehicle on the market that requires limited use of the steering wheel. Drivers are encouraged to keep their hands on the wheel – at least, for most of the time that they are in the car. However, the hands don’t need to be on the steering wheel for the car to drive. This is all due to sensors built into the vehicles, and these sensors will ultimately liberate you as a driver even further. Currently, the best way to make use of this technology is to apply it on long stretches of highway or freeway; the more complex functions of stopping at lights, starting again, and making quick lane changes may not be suited to some of the features currently in use.

Suggested Read: How to Overcome Your Fear Of Driving

Big Changes for the Auto Industry

If you suspect that all of these changes will lead to a paradigm shift for the auto industry, you are correct. Manufacturers will need to adapt to the changes that certainly lie ahead. One of the main benefits associated with self-driving vehicles is that they are expected to cause far fewer accidents than cars driven the traditional way. As is the case when any breakthrough technology completely alters the dynamics of an industry, the companies that embrace the changes will be the ones that thrive.

The auto industry will not be the only one affected by the growing presence of the self-driven car. Software companies may experience huge growth as a result of this innovation in automobiles. Other industries that will likely be affected include the oil, insurance, and taxi industries. In the same way that those who work in publishing were affected by the evolution of the Internet, people who work in a variety of fields will need to meet the changes with innovative strategies of their own.

Eventually (in a time not too far off), you will see more semi-autonomous cars on the road. After that, you will also begin to see completely autonomous vehicles performing the task of driving that their humans were once accustomed to doing. An ongoing stream of details will need to be managed as the makers of self-driving cars reach toward their learning curve – but you can be sure that no matter what kinds of issues arise, the push to make self-driving cars available to consumers is already in full force.