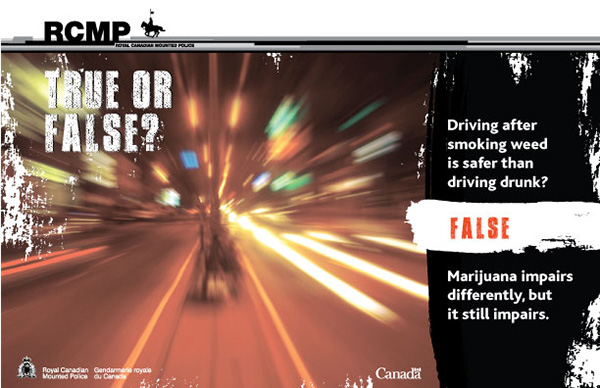 I was just browsing my Google Now feed on my smartphone when I came across this interesting article that published the findings of a new research study by researchers at University of Iowa. The results of this research study were quite interesting so I thought I should write about it and share it on our blog.

Before I go any further into the study, please note that smoking marijuana is going to affect your driving and motor skills, the whole purpose of publishing this article is to share about the research study and in no way I am or any of the researchers are promoting marijuana or saying that it's safe to drive after smoking weed. Once again, you should not be driving under the influence of any drug.

The University Of Iowa has a National Advanced Driving Simulator (also known as NADS) which the university used to test the affects of cannabis, alcohol and both combined. This research study was one of its kind and was sponsored by the National Institute of Drug Abuse, National Highway Traffic Safety Administration and the Office of National Drug Control Policy.

In this study, they took 18 subjects, out of which 13 were men and 5 women who were given alcohol, marijuana or both. And as one would expect, alcohol and cannabis are really dangerous when combined and influenced the most in weaving within the lane. Drivers who were only given marijuana showed impairment only when weaving within the lane while the ones who were given alcohol showed impairment in how often the car left the lane and the speed of weaving.

This research study further confirms the fact that alcohol is a dangerous drug which is legal in most of North America while marijuana is not as bad but still illegal. Now, the subjects were given a limited amount of cannabis in the study so don't think that this study confirms that you can smoke as much weed as you want and still be okay.

Now there also been some news about the increase in number of accidents in states where medical marijuana was recently legalized compared to the states where it was still illegal. I do not know if there is any rigid proof in that. But these kind of studies will definitely help in shaping our laws and regulations on drug and driving in coming future.

And I just want to put it out there that I am by no means a researcher or even a good interpreter. So if you are interested in finding more about it, here is a link to the research study: University Of Iowa Research Study.

The whole purpose of this article was to share this new research study so that more people can find out about it and we can make our decisions based on research backed up by data instead of going with our gut feelings.